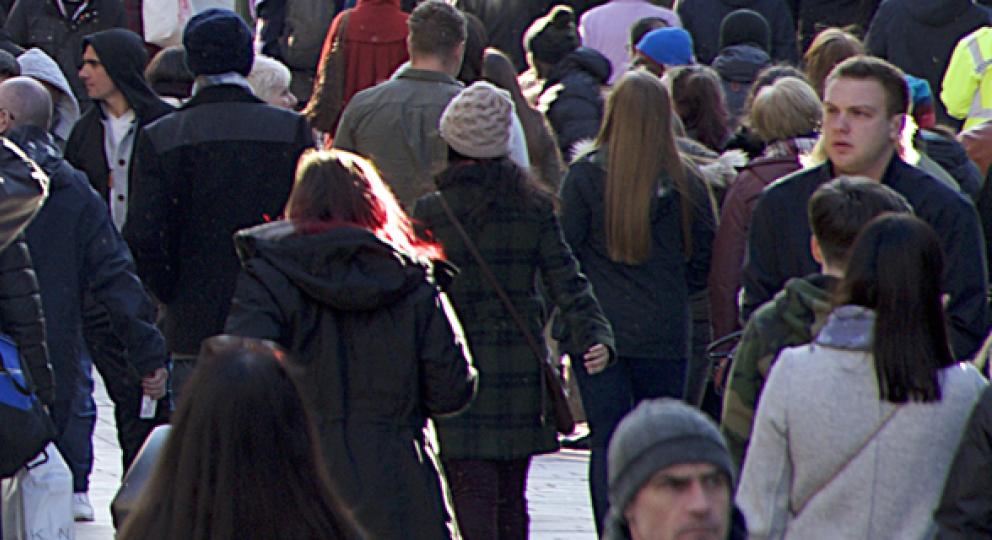 What does the committee do?

The Scotland Committee is responsible for making sure our work meets the needs and priorities of people in Scotland.

Our committee members come from all walks of life. They bring with them a breadth of experience, which is essential for our work.

The committee sets our strategic direction and steers our work in Scotland. This includes:

Lesley is currently a non-executive director of Crosswinds Developments Ltd and a Trustee of Age Scotland. She is also a Director of GenAnalytics Ltd, a specialist analytical and market insights consultancy. Previously Lesley was Vice Principal and Pro Vice Chancellor for Business, Enterprise and Innovation at Glasgow Caledonian University, Chief Executive of the Scottish Council for Development and Industry and Deputy Chair of the Scottish Environmental Protection Agency. She has also held senior executive positions at Scottish Power plc, Royal Mail, CACI Inc and VisitScotland. She is also a past Trustee and Chair of Action for Children (Scotland), Chair of the Royal Mail Advisory Board Scotland and Chair of the Scottish Cities Alliance.

Mariam works for a NGO providing advocacy for women experiencing domestic abuse and specialising in support of women from migrant and ethnic minority backgrounds. She is a Director for Scottish Women’s Aid, Chair of the Glendale Women’s Cafe and a member of the Scottish Minority Ethnic Women’s Network.

Phil is Head of Refugee Support for the British Red Cross (BRC), which is the largest independent agency supporting around 40,000 people seeking asylum and refugees in 2019 in the UK. The role includes operational responsibility for BRC’s personnel, services, and relationships in Scotland, Wales, and Northern Ireland.

Phil has worked extensively on protection issues supporting survivors of persecution and violence to exercise their rights, engage with public services, and access support.

Phil is also an Honorary Research Fellow with Strathclyde University focusing on refugee issues and human rights, and a trustee with Asylos, a charity working to ensure that people seeking asylum (and their counsel) have access to crucial information and that asylum determinations are evidence based.

David formally retired from the Scottish Policy Authority in February 2021, the body responsible for maintenance, oversight and scrutiny of Police Scotland. David was interim Chair from December 2019 to January 2021. He was originally appointed to the Authority in April 2018, becoming Vice-Chair the following month. The Authority is one of Scotland’s largest public bodies with an annual budget of around £1.1 billion. David was Chair of NHS Health Scotland until March 2020, having been appointed in December 2016. NHS Health Scotland was Scotland’s public health improvement body with a particular focus on reducing health inequalities before being merged into the new Public Health Scotland in April 2020.

Earlier in his career, David was global Director for Country and Economic Research with the Economist Intelligence Unit, Chief Executive of the Confederation of Forest Industries and Chief Executive of Scottish Enterprise Edinburgh and Lothian.

Lindsey is the Policy Manager at Close the Gap, Scotland’s expert policy advocacy organisation working on women's labour market participation. She leads on Close the Gap’s work on the public sector equality duty and education and skills policy, alongside working with employers to enable them to take action to tackle gender inequality in their own organisations.

Having worked at Close the Gap for over seven years, Lindsey has extensive experience in policy advocacy and development, employer engagement across the public, private and third sectors, and collaboration with colleagues across the women’s and equalities sectors in Scotland and the UK. Alongside this, she is a member of the board of Rape Crisis Scotland, working to end violence against women in all its forms.

She studied Law and then Criminology and is passionate about a just society. She has held a number of leadership roles within the third and public sectors, including Head of Operations with Sacro and Chief Executive of Apex Scotland, working to support the reintegration of (ex) offenders into the community and improve their employment opportunities. She was the first National Convener and Chief Executive of Children’s Hearings Scotland.

She is a member of the Council of SASO (Scottish Association for the Study of Offending).

Until recently, she served on The Law Society of Scotland’s Criminal Law Committee (since 2005) and was Chair of The Young Women’s Movement – YWCA Scotland. She was previously a member of The Sentencing Commission for Scotland, the Scottish Government’s National Advisory Body for Offender Management, Programme Board for The Management of Offenders (Scotland) Act 2005 and the Justice Leaders Network.

Tatora is on the Solicitors' Roll in England and in Scotland, with litigation and advocacy experience in criminal defence, asylum, immigration, mental health and incapacity including pioneering cases in each of these areas.

As a Legal Officer for the Scottish Human Rights Commission Tatora undertook the Commission’s intervention into the leading case in the Lock-Change eviction litigation wherein he participated an award-winning social justice collaboration. He led the commission’s work in relation to digital forensics and advocated to the Scottish Police Authority and Police Scotland. His current work with Shelter Scotland is centred around structural flaws in the system for housing and sustaining refugees and asylum seekers, and the legal framework for EEA nationals as a consequence of the United Kingdom’s departure from the EU.

Tatora is registered as a curator-ad-litem to the Mental Health Tribunal for Scotland.

Tatora convenes the Racial Inclusion Group for the Law Society of Scotland for whom he has published on racial justice.

Rami is the Chief Executive of CHAS, Children’s Hospices Across Scotland. In this role, he leads work to support children with life-shortening conditions, and their families, in hospital, homes and hospices. Previously, he was the Director of Transformation and Innovation at CHAS.

Until 2018, he was Executive Director of Strategy and Improvement at the Care Inspectorate, Scotland’s largest scrutiny and improvement body. There, he was responsible for leading the Care Inspectorate’s improvement support activities across the care sector, and directed approaches to scrutiny methodology, intelligence, organisational development, corporate reporting, involving people who experience care in decisions, communications and policy development. He co-led the development of Scotland’s Health and Social Care Standards, working with people who use and provide care to ensure these are outcomes-focused, based on human rights and wellbeing, and person-led. Before joining the Care Inspectorate in 2013, he worked in public affairs, communications, policy development, and also as a trade union officer for the EIS, where he represented teachers in the workplace, including involving discrimination issues.