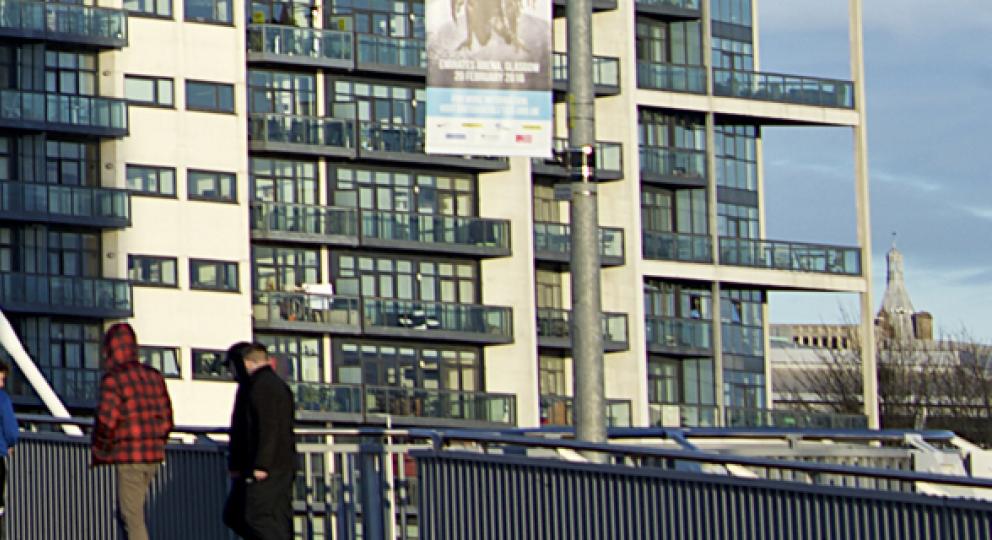 Bedroom tax: success and failure for disabled people at the Supreme Court

A joint blog from the Equality and Human Rights Commission and Sue Bott, Deputy CEO of Disability Rights UK

The ‘bedroom tax’, a cut in housing benefit for people who live in a council or housing association property and have one or more ‘spare’ bedrooms, has been in the headlines again this month – and not just because of new film 'I, Daniel Blake'. The under-occupancy rule, as it is more formally known, was intended to free up social housing by encouraging tenants to downsize, but has faced a number of criticisms since it was introduced in April 2013.

The Supreme Court ruling on 9 November was, however, a step in the right direction. We were pleased that the claims brought by two of the families as part of a case challenging the Department for Work and Pensions were successful. The court recognised that households in which there are children with a disability who need care throughout the night should be exempt from the bedroom tax if they need a room for an overnight carer. Paul and Susan Rutherford, both disabled themselves and providing 24/7 care for their grandson who has severe cognitive and physical disabilities, have a third room for this reason. They were ‘happy and hugely relieved’ with the result.

We also welcomed the ruling that disabled adults who cannot share a room with another person should not have their spare room subsidy removed. This claim was brought by Jacqueline Carmichael and her husband Jayson who have to sleep separately due to Jacqueline’s spina bifida. Her condition means she needs a hospital-style bed and, due to the small size of the couple’s property, there is no room for another bed next to this. Jacqueline referred to the Supreme Court decision as a ‘human rights victory’.

These two successful claims have enabled important clarifications to government policy that will make a significant difference to disabled people and their right to independent living. Nevertheless, it’s disappointing that it has taken almost four years to reach this point, leaving families in a state of confusion and distress for a prolonged period. And, despite the ruling, local authorities will not be obliged to reassess previous decisions to impose the bedroom tax, leaving many disabled people who think they may now be entitled to more housing benefit to seek independent advice on a way forward.

Let’s also not forget that the claims of five other families were dismissed by the court. These were largely brought by disabled people deemed not to have a ‘transparent medical need’ for another bedroom – in other words, not directly connected to their disability or that of a family member. One of the claimants used the room to store his vital medical equipment and was told his needs could be met through a separate assessment as part of the Discretionary Housing Payments (DHP) Scheme.

The Commission used its legal powers to intervene in this case, bringing the importance of Article 14 of the UN Convention on Human Rights to the Court’s attention. This states that all of the rights and freedoms set out in the Human Rights Act 1998 must be protected and put into practice without discrimination. This of course includes the right to a family life, which is relevant here. The Commission also highlighted the UN Convention on the Rights of Persons with Disabilities (CRPD), which promotes and protects the human rights of all disabled people.

While this approach contributed to the success of some claims, it is frustrating that this was not the case across the board. Even though the Supreme Court ruled that the bedroom tax clearly discriminates against disabled people, it is ‘justified’ in law because of the existence of the DHP Scheme.

At Disability Rights UK, we believe that disabled people should be entitled to full housing benefit and that this should be enshrined in law. We shouldn’t have the worry and stress of repeated applications for discretionary help that could be refused without the right to independent appeal.

The Commission is funding us to produce an independent report for the UN Committee overseeing the CRPD, assessing how well the UK is fulfilling its obligations under the CRPD, which celebrates its 10th anniversary this year. We have run events across England and Wales to gather evidence, and disabled people have filled in our survey to tell us how well they think the UK is doing. Not surprisingly, the bedroom tax has come up many times. For example, people have told us that they are forced to find the extra rent to make up their reduced housing benefit because there are no smaller accessible properties to move into.

In addition, one man spoke of how long he has endured struggling to get into and up the stairs in his privately rented inaccessible house. He has been on the local housing association waiting list for an accessible property for years. Just as he got to the top of the list he was informed that he was no longer eligible because the housing association had to restrict its list to existing tenants only as a result of the bedroom tax.

DRUK’s report will also cover other issues such as deteriorating access to the built environment, the rapid rise in the number of compulsory treatment orders, the failure to investigate the deaths in hospital of people with learning disabilities, and the lack of access for disabled people to preventative health care programmes.

The Commission is ramping up its work on disability in the New Year, with the launch of its own independent CRPD report, produced together with other human rights and equality Commissions across the UK. The CRPD will assess the extent to which the UK is fulfilling disabled people’s human rights to inform an upcoming examination of the UK by the CRPD Committee in 2017. We will also release the biggest ever review of life in Britain for disabled people, which will provide up-to-date evidence across areas such as education, work, health, standard of living, hate crime and political participation.

With the International Day of People with Disability fast approaching on 3 December, it is cause for concern that the recent UN inquiry found evidence of ‘grave or systematic’ violations of disabled people’s human rights. There is clearly a lot of work to do, but we have rolled up our sleeves.