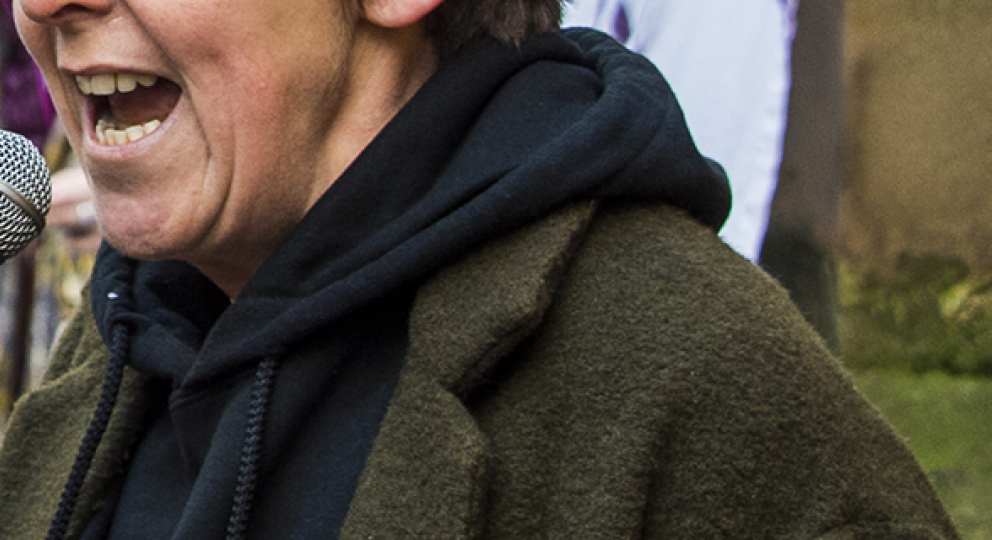 Coming together to put women’s rights on the agenda

Guest blog, co-written by representatives from charities and NGOs who travelled to Geneva to participate in the United Nations' review of the UK’s record on women rights.

February saw approximately 60 representatives from charities and non-governmental organisations (NGOs) travel to Geneva for a review by the United Nations into the UK’s record on women rights.

Those attending were diverse in many ways, not least in respect of the causes they champion and actions they campaign for – from fighting for the rights of Black and minoritised women (including refugee, asylum and undocumented women) to raising awareness of issues faced by rural women.

For some this was their first time engaging with this process, where every five years government compliance with the Convention on the Elimination of All Forms of Discrimination Against Women (CEDAW) is assessed. Others had done so for years, perhaps decades.

Regardless, it was very clear that CEDAW plays an essential role in the fight for our rights and equality.

The inclusive nature of the process demonstrates this. There wasn't just one way to have your voice heard by the committee of UN experts. NGOs could share shadow reports, oral statements and briefing papers, as well as meet with the experts.

We can tell you that all information provided through these different avenues was taken into account.

In a public dialogue with the government, the committee brought up various issues, including concerns around Universal Credit, which was raised by a number of organisations present, the unfair treatment of women born in the 1950s arising from changes to the state pension age, as raised by Back to 60.

They also asked questions based on information provided in shadow reports by organisations who were not in attendance – and much more.

In fact, there were many bitter-sweet instances where we were grateful to the committee for raising particular concerns and, at the same time, disappointed by the lack of a satisfactory response.

One such example was the lack of awareness and understanding shown by our own government about the issues affecting disabled women.

We hope that the evidence we shared will make our political representatives take such issues much more seriously.

The significance of CEDAW was especially felt by legal NGOs, such as the Centre for Women's Justice, who challenge discrimination in the criminal justice system, as well as by NGOs that are pursuing legislative change.

The Muslim Women's Network UK called for the Divorce (Religious Marriages) Act 2002 to be made applicable to Muslims, and the Centenary Action Group called for the commencement of Section 106 of the Equality Act, which would require political parties to produce equality data.

NGOs campaigning for policy changes used this as a chance to highlight their issues too, such as Maternity Action who want the NHS charging regulations to be amended as they have particularly adverse effects on pregnant migrant women.

These organisations can rely upon CEDAW to advocate for change and demand action from the government.

"We stand in solidarity"

Whether it was hearing from the Angelou Centre about the intersection of immigration and gender-based violence or working collaboratively to deliver an NGO statement relevant to all four nations, we all learnt from one another and garnered each other's support.

We stand in solidarity and will be collectively scrutinising the government on every action or inaction it takes in respect of discrimination faced by women in the UK.

The UK Government is not just answering to the UN; they are simultaneously answering to us and we will be holding them to account using both domestic and international measures.

This is why we urge all NGOs to engage with CEDAW and to sign the petition asking for CEDAW to be fully incorporated and implemented into UK law.

We thank the Equality and Human Rights Commission for providing us with the funding and support to attend this review and utilise the opportunity to effect change.

Thank you also to the likes of the National Alliance of Women's Organisations and Women's Resource Centre for coordinating this exceptional group effort.

At a time when we have been plunged into post-Brexit uncertainty and women's rights issues are last on the agenda, we need to ensure that our human rights are protected now more than ever.

This blog has been co-written by representatives from charities and NGOs who travelled to Geneva to participate in the United Nations' review of the UK’s record on women rights.