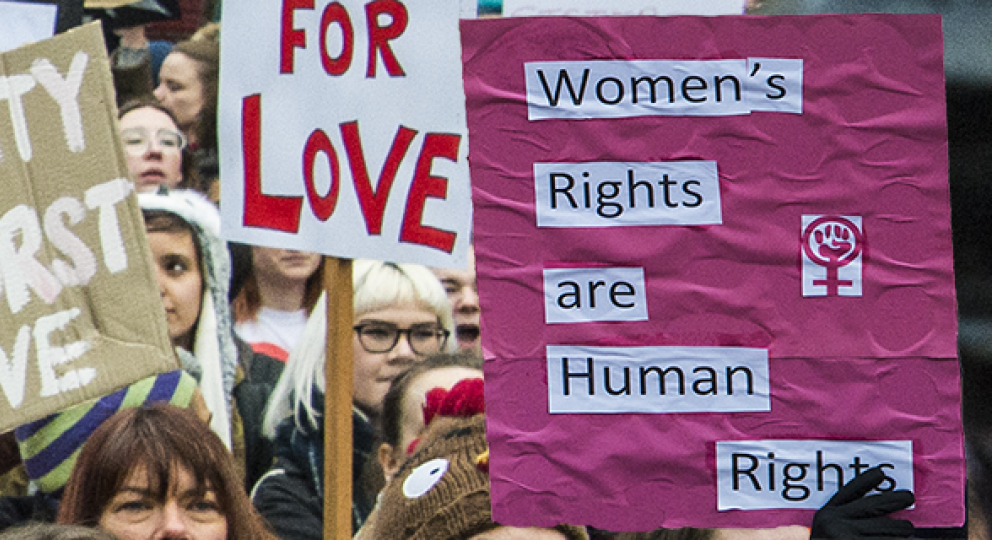 The Commission on the Status of Women

Wall Street is a symbol of international big business, home to the New York stock exchange and the title of a 1980s film which spawned the phrase ‘greed is good’. It seems oddly appropriate that this week, in another part of Manhattan, politicians, campaigners and leading thinkers from across the world will come together at the UN headquarters to discuss how we can improve the economic empowerment of women. Not something that I suspect would be on Gordon Gekko’s radar.

The UN is holding its annual Commission on the Status of Women (CSW), the world’s biggest conference on gender equality, and I’m delighted to be here representing the Equality and Human Rights Commission – our first time at the event. I am keen to hear about the challenges facing women across the globe and no doubt the immediate issues will be different to those we face in the UK, however, universal truths remain. It’s a sad fact that women all over the world are likely to have fewer economic choices and be in low-paying, insecure jobs in informal sectors where they may have fewer rights and protections.

In the UK we know that girls perform better than boys in schools and higher education but this doesn’t translate into workplace success. This has been borne out by our inquiry into the representation of women on boards which found that 60% of FTSE 350 companies have failed to meet the 25% target for female representation.

The Commission has done a lot of work over the last year focusing on removing barriers that stop women thriving in the world of work. We know that having a baby has a major bearing on a women’s career progression. Our research into pregnancy and maternity discrimination has revealed that more than three quarters of pregnant women and new mums experienced negative and potentially discriminatory treatment at work, with around one in nine being forced out of their jobs. We’ve published wide ranging proposals for change and we look forward to speaking with the UK Government’s delegation this week to push for their implementation.

The continuing presence of a gender pay gap (18.1% in 2016) is a stark reminder of the inequality that still remains in our workplaces, despite progress being made. We’re pleased that the UK Government, Scottish Government and Welsh Assembly are introducing gender pay gap reporting but we think that more can be done and this will be outlined shortly when we publish our pay gaps strategy.

This is not an issue that will be solved overnight, or even by one conference in New York - it requires personal, social, political and economic change. Ultimately, it means women having equal access to decent work but also meaningful choices, control over their resources, and the ability to influence financial decision making.

Aside from the fact that all these things are obviously the right thing to do from an equality and human rights perspective, economists have also now turned their attention to gender equality and have argued that progress in this area could boost global GDP by $12 trillion by 2025. Something which may appeal to those a few blocks over on Wall Street.