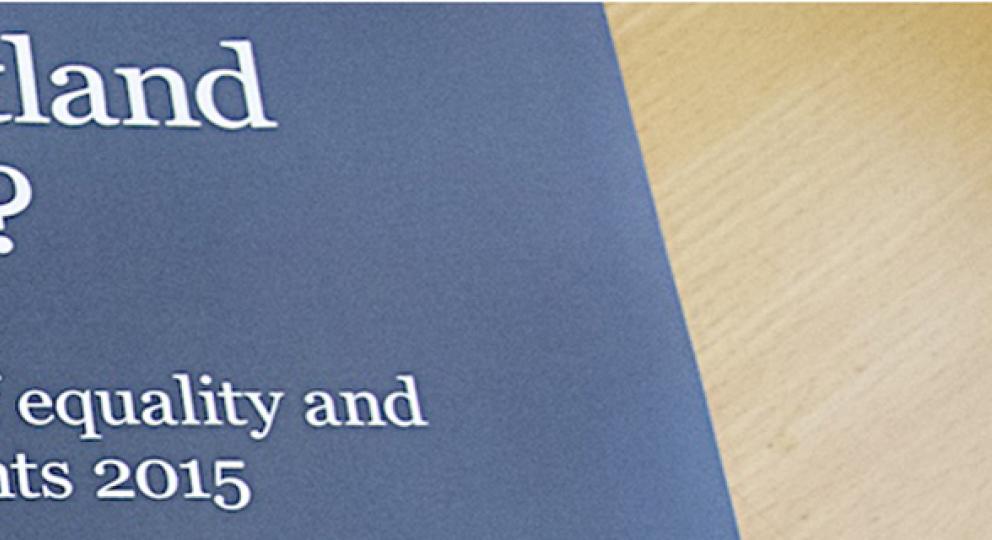 I’ve chaired the Equality and Human Rights Commission since the end of 2012, and am stepping down at the end of March this year. So I have been part of things for 40 months. This curious length of tenure was agreed from the start. Because I am well into my 70s and have a lot of other commitments, I said from the start that I would not be up for a longer stint. Still, three and a half years is long enough to drive through a lot of change — and short enough for there still to be much to do.

Some of the changes we’ve achieved during this time have been internal, but fundamental. I’m proud of the fact that the Commission has an excellent Board, who work hard to secure good governance and rigorous stewardship of public money, who individually take on complex tasks with complete discretion, and who collaborate well and closely with staff. Our Commissioners bring a wide range of perspectives and experience from different sectors to inform our work. I’m proud of staff who bring immense dedication and energy to their work, and are keen to help protect and respect human rights, and to support equality requirements.

The Commission’s work depends on the well-judged and proportionate use of the complex range of specific powers that Parliament has provided. Sometimes we conduct inquiries into contested areas of performance by public bodies. We are not funded to provide an ombudsman service, but we support individual cases of national importance in the courts where doing so can help clarify the law. We have worked with business to improve understanding of and respect for employment rights in the cleaning industry, and have shown that a minority of employers are not respecting the employment rights of pregnant employees and new mothers. We have worked with sporting organisations to improve participation in sports and access for disabled spectators. We have documented unexpected deaths both of prisoners and of those detained for mental health reasons by the state. We constantly monitor the UK’s record of respect for the international human rights agreements to which it is signatory, and have recently been judged again by the UN as an A-rated National Human Rights Institution. Our aim is not to point the finger, but to support, to nudge and sometimes to confront those best placed to secure improvements.

Our recent report, ‘Is Britain Fairer?’ took a systematic look at outcomes for people of different sorts. It is the most comprehensive review of its kind. It provides a state of the nation analysis into where progress has been made and where further improvement is needed. It also provides a basis for future work by the Commission and by many others. Only if we know where there are striking, sometimes surprising, differences in outcomes can we find out which are due to violations of rights or to unfair treatment, and set about improving matters. For example, the finding that poor white and poor black boys are doing less well at school than equally poor Asian boys took many people by surprise, and its causes need to be addressed.

Human rights are for everyone and in the UK all legislation has to be compatible with human rights standards. But the detail is complex. Most human rights are ‘qualified’, meaning that each has to be adjusted to leave space for other rights. For example freedom of expression cannot extend to forms of expression that undermine others’ rights to political participation or to privacy; freedom of religion and belief cannot extend to any but very limited differences in the treatment of men and women. The Commission has been vigilant in setting out the demands and limits of human rights in accessible form, in commenting on proposed legislation that bears on human rights, and in documenting UK compliance with the international human rights covenants to which we are signatory.

As I write, the government has yet to publish its consultation on replacing the Human Rights Act. That Act is not the only way in which to protect human rights —  other Council of Europe states are also signatories to the European Convention of Human Rights but do not rely on our specific Human Rights Act, and many have a good human rights record (there are also states that signed up to the Convention but don’t do well .) The Commission will comment when the consultation is published, and is committed to working to maintain protection for individuals’ rights. Helping to ensure this amid the changes being made to the Devolution Settlements for Scotland, Wales and Northern Ireland will be major priorities for the Commission in the immediate future.

The adequacy with which human rights are protected should not depend on where a person lives. The UK is a very diverse society, and one that is deeply committed to fairness for all. The Equality and Human Rights Commission supports that commitment by scrutinising how well human rights and equality are being secured and protected, reporting openly both on what is going well and what is going less well, and helping to secure improvements.

I am proud of the progress that has been secured and very grateful to the Commission’s staff. Many challenges still remain and I wish the Commission every success in the future in delivering its vital mission.