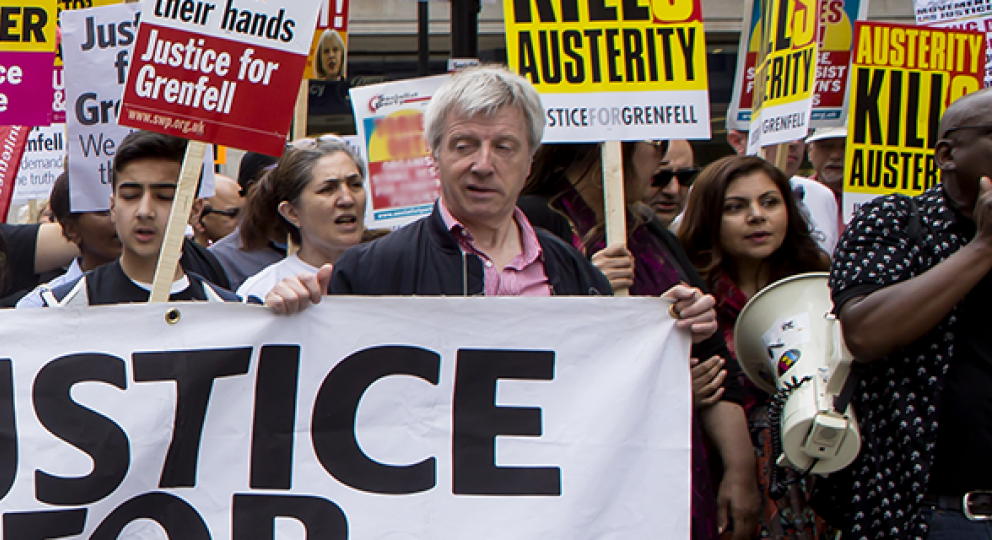 Following Grenfell: an important day at the inquiry

The Grenfell Tower Inquiry is holding a hearing today where it will discuss the procedure for the inquiry.

The Chair, Sir Martin Moore-Bick, has split the inquiry into two phases. The first will investigate the development of the fire in Grenfell Tower:

He will hear evidence from people who can say what occurred on the night of the fire, including from residents who escaped and from people living in the surrounding area and from firefighters.

In the second phase, the inquiry will investigate the response to the fire and the steps taken in the days immediately after it to provide food, shelter and other basic amenities to those whose homes had been destroyed.

We sought to be core participants in the Grenfell Tower Public Inquiry, but our application was declined. So instead, we set up our Following Grenfell project to influence the inquiry, other state bodies and the public about the equality and human rights issues raised by the fire and its aftermath.

Like many others, we think these issues should be at the heart of the response to the fire and we want to do our best to make sure that they are not overlooked.

The hearing today will be seeking views from the bereaved about whether the inquiry should also take the place of inquests into the deaths of their relatives. If it doesn’t do so, then inquests will need to be held after the inquiry, which will mean the bereaved have to go through an additional legal process.

When we made submissions to the inquiry (Word) in December 2017, we pointed out that the inquests must take place reasonably promptly if the State is to meet its obligations under Article 2 of the European Convention on Human Rights. Given the delays in the inquiry’s process, there’s a risk that the legal process could take much longer than it should.

We are pleased to see that many of the steps that the we said needed to be taken to ensure that survivors, the bereaved and residents in the neighbouring blocks could properly participate in the inquiry have now been taken.

The inquiry has developed a protocol for vulnerable witnesses and has recognised that disability, difficulties communicating in English and age, among other things, may affect a person’s ability to give evidence comfortably and with dignity.

We emphasised the need for documents to be provided in a variety of languages and for translation facilities to be made available and for the hearings to take place on premises that are accessible for disabled people. We understand that these steps have now been taken and we’ll keep monitoring the action the inquiry needs to take to ensure equal participation.

Since starting our project, we have met with the bereaved and former residents and we’ve heard about the ongoing difficulties they are facing with housing, access to healthcare, immigration issues and legal advice.

None of these issues are being considered by the inquiry and the community is struggling to make its voice heard.

We’ve written to the Royal Borough of Kensington and Chelsea Council (PDF) to challenge them about their rehousing policy and we’re engaging with other public bodies about their Grenfell-related policies.

We’ll continue to advocate for the rights of the Grenfell community to dignity and respect, adequate housing, participation in decision-making, and access to advice.

As we approach the first anniversary of the fire, we urge government and local authorities to act on the lessons of the fire, to make social housing safe and secure, and to give residents a voice in the future of their homes.

Find out more about our Following Grenfell project, looking at the human rights and equality dimension of the Grenfell Tower fire.