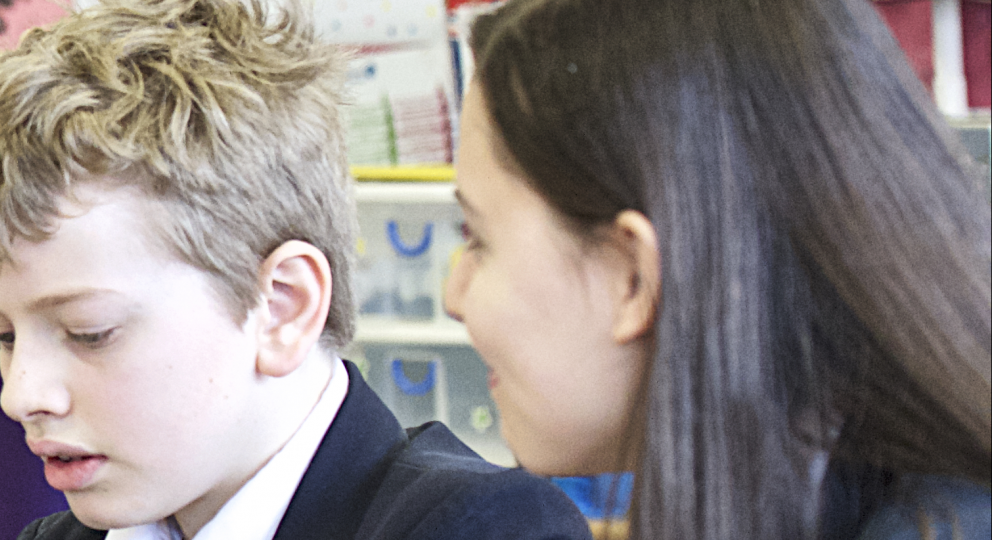 No more boys and girls?

In recent weeks, everybody has been talking about gender. There was the National Trust property selling ‘future footballer’s wife’ hats for girls, and the couple who withdrew their son from school after another boy sometimes wore a dress in class. And now the Court of Appeal has ruled that a co-ed school that keeps girls and boys strictly segregated at all times is unlawful. It seems that everybody has a view about what children should do and wear and what this says about their role in society.

Taken at face value, some of this can seem rather frivolous. Should we really worry that Clarks was selling shoes called ‘Dolly Babe’ for girls and ‘Leader’ for boys? They’re only shoes after all, and children grow out of them fast enough.

But there are more and more stories emerging which illustrate the stark difference between what we tell girls and boys about what they should wear, read and watch, and even how they should play. These reveal a set of rigid assumptions that is having a worrying effect on how children see themselves and what they can achieve.

In 2016 Girlguiding conducted a survey of girls’ attitudes, which revealed that 47% of girls aged 11 to 21 say the way they look holds them back most of the time. It also found that 69% of girls aged 7 to 21 feel that they are ‘not good enough’. There may be many reasons for this, but society’s emphasis on girls’ appearance, and a perception that their aspirations are limited, can have serious consequences in later life. Children may well grow out of their shoes, but when they become adults they carry what they learned about gender norms with them.

A recent two-part series on BBC2, ‘No more boys and girls’, explored how we encourage boys and girls to engage in different types of play, setting them off on gendered paths. Boys are pushed to cultivate skills that pay better in the labour market, while we steer girls towards caring behaviours that are vital for society but seriously undervalued. It revealed the pressure on boys to suppress their emotions, resulting in destructive behaviours and a lack of empathy. Such rigid, polarised views about what it means to be male or female place an enormous burden on children who don’t naturally fit these stereotypes, and can lead to confusion, isolation, low self-esteem and bullying.

These views can also result in disadvantage, and even discrimination, against women in the workplace. Despite girls’ superior educational attainment, they are particularly limited in what they study at school, which has a major impact on the gender pay gap. For every hour worked, men get paid £2.41 more than women. But when women achieve two or more A Levels in STEM subjects, their wages are boosted by a third.

This isn’t just about pushing more girls towards science, however – we should place more value on typically ‘feminine’ subjects and occupations in the arts and humanities too. This would give everyone a range of options, depending on their individual skill sets and what they find fulfilling.

There is also an unwillingness to make workplaces more family-friendly, arising in part from archaic expectations that women will not be as committed to work once they have had a baby. Flexible working options are scarce in management roles, meaning many women feel they have to take a career break, or stay at lower levels where they receive less pay. Even worse, our research found that approximately 54,000 new mothers are forced out of their jobs every year as a result of pregnancy and maternity discrimination.

And this isn’t just affecting women. Our Working Forward campaign revealed that 70% of fathers want to work more flexibly in order to care for their children. Men also need to be allowed to have a healthier work-life balance, and this would go some way to addressing an inherently unequal system whereby women perform 69% of unpaid domestic and care work (Office for National Statistics: external link), in addition to their paid jobs.

The answer isn’t that women should ‘do it all’ so they can ‘have it all’. As a single mum, I've been lucky enough to have rewarding jobs working on issues I really care about. But, having worked full-time since my daughter was only four months old and now as a member of the ‘sandwich generation’, with ageing parents needing increasing support, I know that trying to do it all can leave you feeling that you're letting everyone down, including yourself. That's not the role model I want my daughter to follow.

Negative reactions to the launch of John Lewis’ gender-neutral clothing come from a fear that society is increasingly pandering to the ‘PC brigade’, downplaying the differences between genders instead of just letting ‘boys be boys’ and ‘girls be girls’.

But calling for an end to gender-specific products and marketing, subjects and careers is not the same as calling for a ‘gender-free’ society. It’s about opening up opportunities for everyone, giving space for individuals to just be themselves. In fact, we need to understand better the differences between boys and girls, why they exist and what impact they have, if we are to address the complex causes of issues like the gender pay gap.

If everything – from toys, clothes, childcare and jobs – is open to everyone, boys and girls, men and women will be able to be themselves, make the best use of their talents and be rewarded more equally. That way, we can make Britain a fairer place to live for all of us.