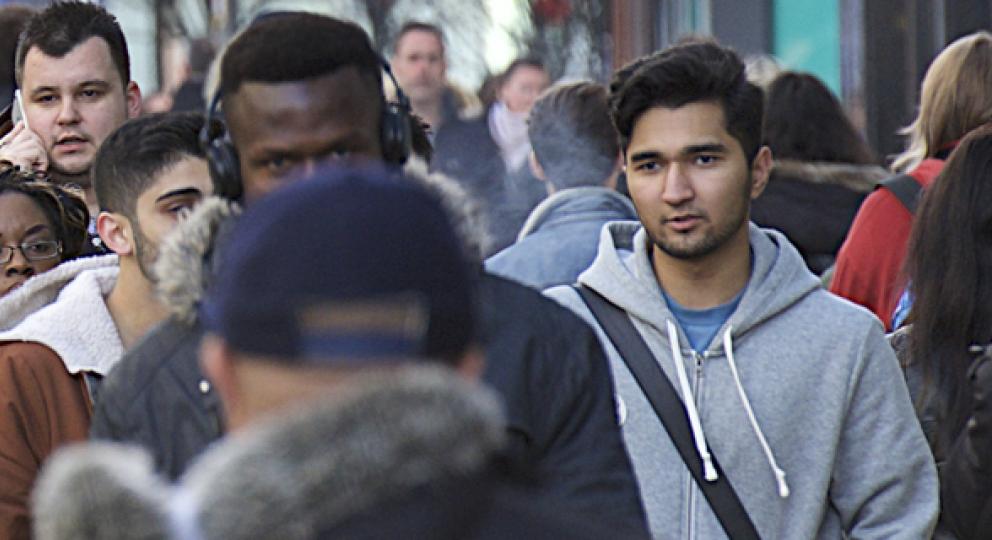 A culture of ‘them and us’

This month saw the release of emerging findings from the Lammy Review, an investigation into the treatment of ethnic minorities in the criminal justice system across England and Wales. The aim of the review is to gather the latest evidence and make recommendations to ensure that everyone in the system – in court, prison, secure youth institution or rehabilitation – is ‘treated equally, whatever their race or ethnicity’.

This confirms the findings in the Commission’s recent report on race (Healing a divided Britain), published in August. We reported on a range of areas where race discrimination is evident and examined how it has impacted different ethnic groups. For example, across England and Wales, Black men are five times more likely to be stopped and searched than White men, ethnic minorities in police custody are significantly more likely to be physically restrained than White people, and 40% of prisoners under 18 were from Black, Asian, Mixed or ‘Other’ groups during 2014 to 2015.

David Lammy MP points to the danger that the over-representation of ethnic minorities in the criminal justice system can breed a culture of ‘them and us’. Earlier this year, I warned that a ‘failure to tackle deep-rooted race inequality will exacerbate divisions in our society’.

We are encouraged to note that the Lammy Review was launched due to growing concerns across political parties about race inequality in the criminal justice system. It is a strategic approach, seeking a long term solution, rather than in reaction to public order or tragic events. The interim findings come soon after Theresa May’s first speech as Prime Minister when she committed to ‘make Britain a country that works for everyone’. She referred to the different experiences of Black and White people in everyday life and in the criminal justice system. She has also launched an audit of how race affects people’s experiences of public services across health, education and employment. We welcome this initiative and look forward to the findings.

However, it is our view that these actions do not go far enough. Race discrimination cannot be successfully eliminated through piecemeal and disjointed efforts, focusing on a few specific themes, rather than the big picture. Our report on race revealed a worrying picture of a post-Brexit rise in hate crime and long-term systemic unfairness and race inequality. For example, it found that:

In other words, ethnic minorities continue to face stubborn obstacles in all areas of life – in accessing justice, in employment, education and health.

Earlier this year, we published our submission to the UN on the International Convention on the Elimination of All Forms of Racial Discrimination (ICERD)(PDF). This was an independent assessment of whether the UK is fulfilling its human rights obligations in relation to race, and revealed a similarly bleak picture. We put forward a number of recommendations, including the need for a full-scale review of the effectiveness of the aggravated offences and enhanced sentencing provisions for hate crimes in England and Wales, and for police forces to use monitoring, training and scrutiny to ensure stop and search is used lawfully and in a non-discriminatory way.

We look forward to the publication of the Lammy Review next year and will consider how we can use our unique influencing role to ensure the recommendations are successfully embedded. In the meantime, we continue to urge the UK government to develop a comprehensive, coordinated and long-term strategy for tackling race inequality.