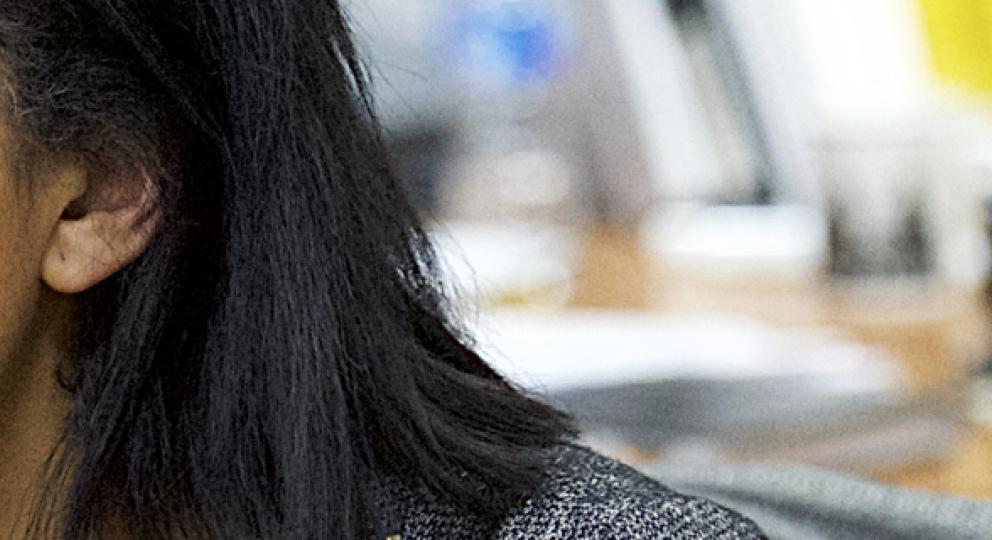 Small steps rather than big leaps forward for gender equality

November has been a busy time for gender equality, with Equal Pay Day on the 10th and also the launch of proposals from the Hampton-Alexander Review (PDF) of female executive directors in FTSE 100 companies. On the other hand, the first ever female US presidential candidate narrowly missed out on the top spot at the White House.

I am on record as saying I have the best job in the world, but I also think I’ve been lucky. I don’t think the route to senior roles is straightforward for women, particularly when you have a big family, as I do. I spent my thirties going to pre-natal classes and enduring sleepless nights when I could have been on the partner track, and I managed to end up with the best job in the world only by building skills in unpaid voluntary experience and by switching tack completely to enter the public in-house sector. I think you have to make compromises and adopt strategies that men don’t need to consider and you also have fewer options. That’s as it is now, of course. My daughter is 18, and I wonder what to tell her to expect, and what the world will look like when she is my age.

There is certainly much that is encouraging. The gender pay gap is the difference in pay between women and men as a percentage of men’s earnings. This decreased from 19.3% in 2015 to 18.1% this year, representing the largest year-on-year drop since 2010 and the lowest gap since 1997 when it was 27.5%*. There has also been an increase in the number of women on FTSE 100 boards to 26% from 12.5% in 2010. However, there is still a long way to go (including because these umbrella figures hide some very significant underperformances by particular companies). Legislation banning sex discrimination at work and in pay was passed over forty years ago in 1975 – and forty years is long enough to do so much better. What have we been doing all this time? This is also thrown into relief by the fact that girls and women outperform men at every stage in education, and it’s frustrating that this isn’t translating into appropriate rewards in the workplace – especially because the bad news is that the gender pay gap starts on day one, after graduation.

Equal Pay Day is a campaign run by the Fawcett Society to mark the day each year that women effectively stop earning in relation to men in the UK. Other countries around the world, such as the Germany, Spain and Switzerland also celebrate their own Equal Pay Days. In Iceland, thousands of women literally downed tools on Monday 24th October at 14:38, leaving work 14% early to symbolise their 14% pay gap. If you considered the impact on the global economy if women all over the world followed suit, you’d realise very quickly (if you didn’t already) that women are a vital part of the workplace. It doesn’t seem much to ask that their pay should reflect their value. And this must come quicker – not in another 62 years, which is the amount of time estimated by the Fawcett Society to reach pay parity if we continue with these small steps forward. My daughter will be 80 years old by then. I think I owe her more than that. I think the country does.

We know the causes of pay gaps are complex. Next year the Commission is launching the most rigorous research into pay gaps ever conducted, looking not just at differences in pay for women but also for ethnic minorities and disabled people too. This drills down into the gaps for women in different sectors, occupations and regions, for ethnic minorities born in the UK or abroad, and for those with different mental and physical disabilities. It looks at the factors contributing to each pay gap, such as job tenure and occupational segregation, and reveals the percentage of gaps which cannot be explained. This will allow us to make robust recommendations which are tailored to the challenges for particular groups.

The pace of change for women in senior management positions is also painfully slow, as we saw with our recent inquiry into women on boards. While the Hampton-Alexander Review recommendations are welcome (including the introduction of more transparent reporting on gender balance at senior levels), I can’t see how appropriate ambition is served by the aim to have 33% of positions in boards filled by women by 2020. At the current rate of change it will be decades before we achieve the ultimate aim of half of executive roles being held by women – which represents a huge loss of skills to the economy. We need to be aiming for 50% right now, combined with a stronger pipeline of women for these top jobs in order to reach this goal. The Commission will be putting forward its own recommendations to the review to inject more energy and drive into the plan.

It’s very easy to look back at Christabel Pankhurst and Elizabeth Garrett Anderson and assume that the battle for gender equality has been won. A closer look says this is not yet true and that we’re on a journey. I know a lot of very talented, determined, extraordinary women who have ended up in very senior positions. I also think it is an obligation on all of us to make sure that the road ahead is less steep for all women, not just the exceptional few, and also for my daughter and her generation. Hillary Clinton lamented she had ‘not shattered that highest and hardest glass ceiling’ but the truth is that she did quite a lot. She left the rest for us to do.

* Pay gaps based on median hourly earnings not including overtime and on all people in work (full time and part time). Data from the 2016 Annual Survey of Household Earnings.