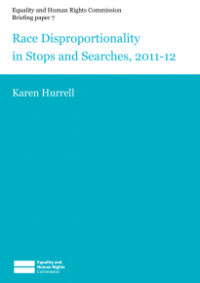 This briefing reviews the latest stop and search data for England and Wales in conjunction with new population estimates by ethnic group from the 2011 Census. It provides estimates of race disproportionality and excess stops and searches for two years, 2010/11 and 2011/12, for each Police Force.