Ethnicity and family: relationships within and between ethnic groups 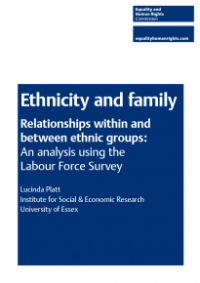