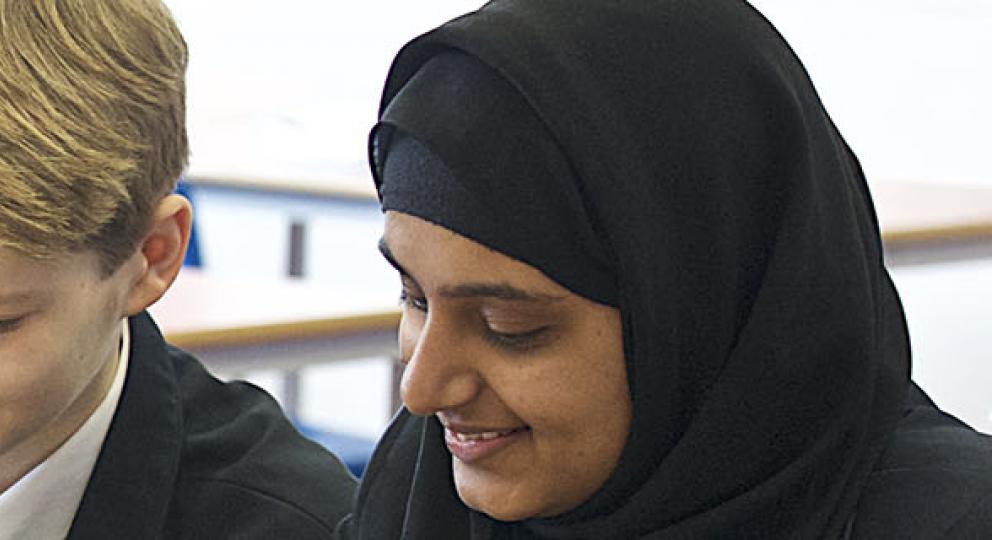 Equality is about ensuring that every individual has an equal opportunity to make the most of their lives and talents.

It is also the belief that no one should have poorer life chances because of the way they were born, where they come from, what they believe, or whether they have a disability.

Equality recognises that historically certain groups of people with protected characteristics such as race, disability, sex and sexual orientation have experienced discrimination.

Where does equality come from?

The development of Britain’s anti-discrimination laws took place around the 1970s, aiming to tackle unfair discrimination towards some groups of people in education, employment and the provision of services.

For example, the Sex Discrimination Act was introduced in 1975 to stop discrimination due to a person’s sex. Sex discrimination frequently occurred in the past, particularly in the workplace and specifically towards women.

This is one of many anti-discrimination laws that were introduced to protect people with particular characteristics:

We have made huge progress towards a more equal society.

Today the vast majority of us are studying, working or making friends with people from other ethnic backgrounds.

Some outdated stereotypes about women have begun to fade.

Minority ethnic groups which used to lag far behind in educational performance have begun to catch up.

There have been huge changes in attitudes towards lesbian, gay and bisexual people.

Disabled people also have more rights than ever before. The social model of disability proposes that barriers, negative attitudes and exclusion by society are the real factors defining who is disabled and who is not.

For facts and research into equality in Britain, refer our work on Is Britain Fairer.

The Equality Act 2010 prohibits all employers, service providers and providers of education, from discriminating against, harassing or victimising individuals with protected characteristics.

Any individual who believes that they have been discriminated against, harassed or victimised as defined by the Equality Act 2010 can take a claim to a tribunal or court. Legal action would normally be started within six months of the unlawful act.

For more information on the Equality Act 2010, refer to the guidance for schools produced by the Department for Education.

How is the Equality Act 2010 relevant to young people's lives?

Much harmful discriminatory behaviour, such as bullying, comes from a lack of understanding for diverse cultures, lifestyles, beliefs and differences between individuals.

It is also important that they are aware of the laws that protect them from discrimination, and know how to speak out on issues of concern or how to get help so that every student has equal opportunity to reach their potential and make the most of their lives.

When making subject or career choices, accessing education, buying or using services, or making friends with their peers, equality is an important concept that affects young people’s lives every day.

The Act also includes provisions for positive action, which enables schools to provide additional benefits to some students to address disadvantage, where it is established that individuals with protected characteristics suffer disadvantage, have different needs or have low participation.

It would be positive action to encourage girls to take more science subjects where it was established that they were underrepresented.

Taking positive action is also a way that a school can demonstrate it is carrying its duties under the Public Sector Equality Duties (PSED).

What are the Public Sector Equality Duties (PSED)?

Maintained schools and academies (those that are funded and controlled by the local education authority), including free schools, must have due regard to the PSED.

This means that they must take active steps to identify and address issues of discrimination where there is evidence of:

The PSED is for all public authorities, so it is not defined specifically for schools.

Any decisions made on how to take steps to eliminate discrimination, advance equal opportunities and foster good relations must be made on evidence, not on assumptions or stereotypes.

How does the public sector equality duty apply when dealing with bullying?

The PSED can be a mechanism for a school to tackle bullying.

Schools should take proactive steps to identify where bullying is taking place, through information and evidence gathering.

They can then put into place good practice solutions which reduce incidents of bullying, where it is demonstrated this bullying is against particular groups.

The information gathered is crucial in informing the anti-bullying programme.

It will also be used to support the new Ofsted inspection framework for schools which includes consideration of pupils acting safely and feeling safe and free from bullying. These are important contributory factors in the judgement on behaviour and safety.

Information-gathering, such as parent and pupil surveys, will form part of the evidence-base for these judgements.

The Equality Act 2010 deals with the way in which schools treat their pupils and prospective pupils but the relationship between one pupil and another is not within its scope.

Therefore, a school would not be conducting unlawful discrimination if one pupil bullied another pupil because they were gay.

However, if a school did not treat homophobic bullying as seriously as bullying which relates to other protected characteristics, then it may be guilty of unlawful discrimination under the Equality Act.